The photographs on this site are protected by copyright. If you want wish to reproduce them, please contact us before doing go.

The Cirque Asymétrik company was born out of the meeting of three circus artists - Céline Altazin, Cécile Costa and Mathis Jacquet - in Paris in 2007.
Their collaboration led to the creation of their first duo numbers…

The duo  “Portés Tango", with Céline and Mathis (Cannes, Toulouse and Poitou-Charentes)

Their company expanded, and the first street-parade "Démons et Merveilles" (“Devils and Wonders “) was created (a walkabout performance commissioned by the town of Verneuil-sur-Seine, featuring stilt-walkers, jugglers, acrobats and  tight-rope walkers).

Céline and Mathis then moved, and the company has been based in the area of les Deux-Sèvres since 2009.

In the quiet village of Courgé, in the district of Vançais, far from the bustle of city life, the company has continued to develop its projects. 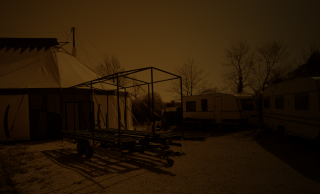